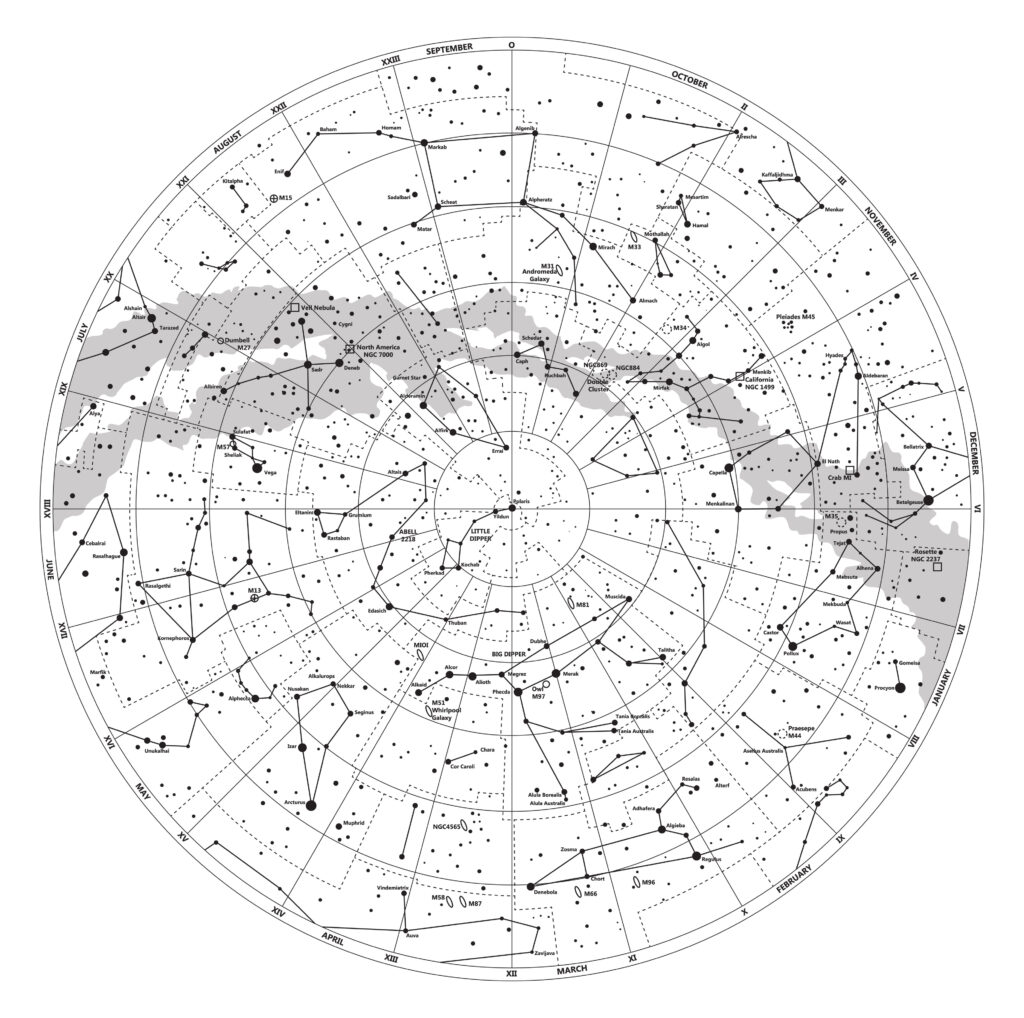 by John Rutherford, Astrologer. Reading Your Horoscope since 1971.

It appears the timing and the flavor, or the nature, of events happening to Putin and Trump are connected. Maybe not in direct connection, though suspicions have suggested so for years, they are falling into a linked pattern. As the biggest wave yet of subpoenas hit the T-klan, Vlad had his biggest loss yet in the 3-day war against Ukraine.

As the T-minions scramble to reinforce their allegiance under growing questions, Putin’s own raise more questions. As the T-base hardens, and gets more nasty and extreme, fighting voting and abortions, Vlad hunts journalists, dissenters, and disagreeable Oil Magnates (now 18 curious “suicides”). And, after the Sun was trine Uranus the Organiser, these moves all show up as fully organized, coordinated, and sanctioned from the top.

Last week was Putin’s worst, as one political wildfire was quelled on his southern flank, another erupted; his enemies and rivals sense weakness. In the US, fearing the worst, in the middle of practically nothing Astrological, the T-fanatics went on an anti-refugee campaign, shipping the clueless poor to unknown places, reminiscent of the Reverse Freedom Riders of 60 years ago, protesting Civil Rights.

“Out of a clear blue sky?” Well, Wednesday, not exactly. This time, the Sun did its own thing. When the Sun erupts, it’s ionized, separated into zippy electrons and draggy protons. Normally the protons are ‘reading’ at 4-5; Wednesday, for a few hours, they jumped over 50! The mood turned Primitive, a sluggish drag down to the basics. For Primitive types, motivation means Fear, Hate, and Rage.

And, that’s what happened, but not the way they wanted. After aligning with Uranus, the Moon squared Saturn to deny and frustrate the venture. Shipping helpless innocents to unknown places smack too much of naked Fascism. The gloat of “owning the Libs” was met with Care and Concern for the victims of this Political Stunt, and Angry Outrage by many more than ‘the Libs’. Most embarrassed T-types flip-flopped outrageously.

Not so curiously, at the same time, the Threat of Economic Collapse (by a truckers strike before the Sun opposed Neptune) was averted by Biden negotiating the obvious: make a deal or we all suffer. Under Mercury retrograde, the deal was understandably temporary to keep all in line. Mercury has stirred more questions and insecurities than normal this time. A T-picked judge puts a halt on Ts “newspaper clippings”, ignoring huge legal and National Security improprieties with Top Secret documents.

And, over it, all is The Queen and her funeral. All the international Pomp and Puffery drowned out most everything else. Canada’s PP, the T-wannabe, had his CPC coronation barely noticed because of her. As her funeral builds to its finale under Neptune at its closest to Mother Earth, we see Neptune’s extremes (with Jupiter, especially this year), from the Ultra Rich to the Ultra Poor. The Lord of the High Seas kicked up many storms, flooding Japan, Alaska, and Puerto Rico (100% without power), as Uranus threw in a quake for Taiwan.

Mercury begs the question, What of the Monarchy? When will the Koh-i-Nor go back to India? The Wind of Change blows globally. The Commonwealth, the EU, Asian coalitions and more are already shifting. With a Global Recession looming, to be made more apparent after the Sun opposes Jupiter under the next New Moon, just as the cost of gas goes down, more fiscal adjustments will be needed.

This week: Monday, the Sun squares the Galactic Centre for Public Attention, the Moon is apogee for drawing out people’s personal concerns, and Mercury aspects Uranus to make some notice-noise about it. Tuesday, there will be a “review”. Tuesday – Wednesday shifts to bigger Social, and some Legal, Implications. Thursday, retrograde Mercury aligns with the Sun to Shift Gears (back to normal?). Friday night is a Romantic Bust with confusion and lots of excuses. Sunday’s New Moon will be one for the record books.

Nota Bene: What would you expect, mixing Passion with Clueless by Friday? Regarding Planetary Aspects, “It’s always on the approach.” Wow, such Fragile Fabrications. Yup, it’s gotta be your approach that needs adjusting.

Like Astrology, CYC is complicated, and cannot be explained in a page or two. Exceptions, depending on the context, can apply. Contact me for Your Natal Horoscope and a reading.

Just one slip up. We’re waiting to pounce if you do. Say and Do as little of substance as possible in Public, or where anyone, not privy might listen or record. Little leaks beg release.

(retrograde Mercury in Libra aspects Saturn / Venus – Uranus, and Venus in Virgo, both aspect Uranus in Taurus. 3 degrees and 18 degrees of All Signs)

Beware the Blurt! Bite your tongue. Even a flippant joke, an offhand remark, can easily be twisted to embarrass or blame. Save all your private stuff for later, for elsewhere, and keep it so.

Neptune is so far out in Deep Space, ya ain’t gonna find where the slipup happened, where the glitch came in. Or, if you know, how the heck do you reel it back in? Lost? Lost! Don’t ask.

Law and Order Day. I’m still waiting to see what comes out of retrograde Mercury aspecting both of these potent, primed to pop, Giant Planets on Sunday. Jupiter got Mercury’s notice on 2 Sept and does so again on 12 Oct. There is a serious notice (legal indictment?) waiting to come down. If you waited (couldn’t taint it) this far, it’s fully in the process now, out of your hands.

(the Sun in the last of Virgo hard aspects Jupiter / Neptune. 29 Mutable, 14 Fixed)

The transition from We Warned You to Here It Is! This swings from Speculations and Promises (Neptune closest last Friday) to Here Comes The Judge at his pushiest (Jupiter closest to the Earth next Monday). This can leave many Dazed and Confused, but they knew this was/is coming.

This transition is from Wonder and Worry to Hey, I got a Great premature Idea! Mercury starts a New Cycle, full of Concepts and Proposals that have yet to stick. Brain Storm Time.

Too much. What you want, you can’t have. What you have, you don’t want anymore, at least for now. This is sad, if not tragic. Someone has to lose. Someone already has. Say a goodbye, a fond farewell, before this cuts deeper (see next).

Stick to your guns? But, you’re out of ammo! What the Heck do you think you’re saying? This could too easily be Baseless Blathering. If their lips are moving, keep moving.

When the Sun opposed Saturn (14 August), it was also in a Giant Planet Complex, with the Uglies (Uranus and Neptune). Social and Legal norms were in the Throes of Upheaval. Now, all 3 Giant Planets in this Complex are retrograde! Come on Jupiter! A very Big Something has to come undone before anything (everything?) can be made right again. Yeah, insecure, unsecured New Moon, time for some Turning the Tables, Purposeful Upsets.

Is your Number up? Check Your Four Personal Points for every day (see below). If the numbers match, this day is meant for you!

The Moon Sign is the Sign the Moon is in for that day. The Moon Sign gives an advantage to the Sign it is in, puts extra pressure on the opposite Sign, and tends to cross up or neutralize the Signs at right angles. For example, with Fixed Signs, if the Moon is in Taurus, Taurus has the advantage, Scorpio gets challenged, and Leo and Aquarius get shifted or crossed up.

The Planetary Aspect is where the action is released. It’s the Excuse. Unlike daily Horoscopes that suggest each day has the same level of influence, this is the core of changes in the daily energies.

The Sign Numbers are the degrees in the Signs of the Zodiac being emphasized. If the degree for any day is close to any degree of Your Four Personal Points (see below), within a degree or so, THIS IS YOUR DAY. Pay extra ATTENTION.

You may have several days in the week activated for you, or you may have none. As a degree hits one of Your Four Personal Points, the forecast tells about the important things in your life. The daily forecasts tell you when. The overall story comes through over time. Sooner or later, the degrees of the Forecast catch up to all Your Points.

Your Four Personal Points are, in order of importance:

The Ascendant, the Midheaven, the Moon, and the Sun.  These are the most important points of your Horoscope, calculated from your birth date, your birth place, and the time of day you drew your first breath.

The first two Personal Points, the Ascendant and Mid-heaven, are the points that fix the Earth in space for your birth time at your specific birthplace.  We live on the Earth, not the Sun or the Moon.

Simply, and generally, only, forecasts that affect your:

Ascendant relate to matters in your environment.            Use it to see what’s in front of you.

Moon relate to matters in your emotional life.          Use it to see what’s in your heart.

The Signs of the Zodiac are:

Heaven, Help Us!  The forecast is the mood of the moment.
When it rains, we all get wet, no matter what “Sign” we are.
If you like this forecast, let others know.  SEND IT TO THEM.
If you have comments or questions, LET ME KNOW.
Check Your Four Personal Points every week to see if any of them is targeted, and…

PAY ATTENTION!
Your Horoscope is the picture of the Heavens for the moment you were born.  Using the latest advances in Astronomy and Astrology, get a Horoscope reading with accurate, up-to-date detail.

Contact me for Your Natal Horoscope and a reading at [email protected].